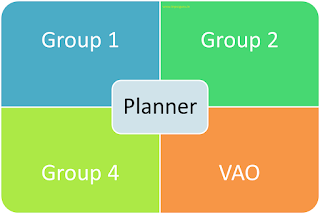 
TNPSC Group 1 Exam Eligibility Details:
Tamil Nadu Public Service Commission (TNPSC)’s Group I Exam Eligibility details are given below…..
Eligibility Conditions:
I. Age Limit:
Note:
(i) “Others” (i.e.,) candidates not belonging to SC’s, SC(A’)s, ST’s, MBC’s/DC’s, BC’s and BCM’s who have put in 5 years and more of service in the State / Central Government are not eligible to apply even if they are within the age limit.
II. Educational Qualification: Candidates should possess the following or its equivalent qualification:-
1. Candidates should possess a Degree of any of the Universities incorporated by an Act of the Central or State Legislature in India or any other Educational Institutions established by an Act of Parliament or declared to be deemed as a University under Section 3 of the University Grants Commission Act, 1956.
Note:
(i).The qualification prescribed for these posts should have been obtained by passing the required qualification in the order of studies 10th + HSC (or its equivalent)+ U.G. degree.
(ii). The candidates, who have written the final year degree examination, may also apply for the Preliminary Examination for direct recruitment to the posts included in Group-I Services.
2. Preference will be given to the candidates, who possess the qualification mentioned against each of the following posts:
Physical Qualification:
Candidates applying for the post of Deputy Superintendent of Police (Category-I) and District Officer (Fire and Rescue Service) must possess the following Physical qualifications:

TNPSC Group 2 Eligibility Details
Tamil Nadu Public Service Commission (TNPSC) conducts Combined Civil Services Examination-II (Non-Interview Posts) (Group-II A Services). The candidates who are applying must have the specified age and necessary educational qualification. The following are the eligibility details…
Eligibility Criteria:
Age Limit:
Note: Candidates not belonging to SCs, SC (Arunthathiyars), STs, MBCs/ DCs, BCs, BCMs (i.e. others) who have put in five years and more of service in the State/ Central
Government are not eligible to apply, even though they are within the age limit.
Educational Qualification: Candidates should possess the following or its equivalent qualification.
Note:
1. The said prescribed educational qualification for these posts should have been obtained by passing the required qualification in the order of studies 10th, HSC, UG Degree and PG Degree.
2. Persons claiming equivalence of qualification should furnish the details of evidence for such claim when called for, failing which their application will be summarily rejected.
Knowledge of Tamil: Candidates should possess adequate knowledge of Tamil.