1. Once you load the suitable program and provide required data, computer does not need human intervention. This feature is known as ___________.
(a) Accuracy
(b) Reliability
(c) Versatility
(d) Automatic
(e) No IQ
Explanation: Being Automatic is the ability to do things without occupying the mind with the low-level details required, allowing it to become an automatic response pattern or habit. 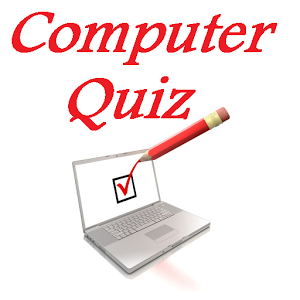 2. Personal computers used a number of chips mounted on a main circuit board. What is the common name for such boards?
(a) Daughterboard
(b) Motherboard
(c) Father board
(d) Childboard
(e) Newboard

Explanation: A motherboard is one of the most essential parts of a computer system. It holds together many of the crucial components of a computer, including the central processing unit (CPU), memory and connectors for input and output devices.

5. Which of the following code used in present day computing was developed by IBM Corporation?
(a) ASCII
(b) Hollerith Code
(c) Baudot Code
(d) EBCDIC Code
(e) All of the above
Explanation: EBCDIC Code is a binary code for alphabetic and numeric characters that IBM developed for its larger operating systems. It is the code for text files that is used in IBM's OS/390 operating system for its S/390 servers and that thousands of corporations use for their legacy applications and databases.

6. What is a Pixel?
(a) A computer program that draws picture
(b) A picture stored in secondary memory
(c) The smallest resolvable part of a picture
(d) All of the above
(e) None of the above
Explanation: A pixel is the smallest portion of an image or display that a computer is capable of printing or displaying.

7. A device that not only provides surge protection, but also furnishes the computer with battery backup power during a power outage is ______ .
(a) Battery strip
(b) UPS
(c) Surge strip
(d) USB
(e) Memory
Explanation: An uninterruptible power supply, also uninterruptible power source, UPS or battery/flywheel backup, is an electrical apparatus that provides emergency power to a load when the input power source or mains power fails.

9. ARP (address resolution protocol) is ________.
(a) A TCP/IP protocol used to dynamically bind a high level IP address to a low level physical hardware address
(b) A TCP/IP high level protocols for transferring files from one machine to another
(c) a protocol used to monitor computers
(d) a protocol that handles error and control messages
(e) All of the above
Explanation: The address resolution protocol is a protocol used by the Internet Protocol (IP), specifically IPv4, to map IP network addresses to the hardware addresses used by a data link protocol. The protocol operates below the network layer as a part of the interface between the OSI network and OSI link layer.