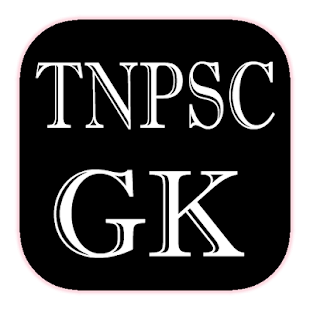 
Q2. First meeting of National Council on India’s Nutrition Challenges under POSHAN Abhiyaan was held in New Delhi. Who is the CEO of NITI Aayog?
(a) Narendra Modi
(b) Rajiv Kumar
(c) Amitabh Kant
(d) Bibek Debroy
(e) V. K. Saraswat
S2. Ans.(c)
Sol. The NITI Aayog also National Institution for Transforming India, is a policy think tank of the Government of India, established with the aim to achieve Sustainable Development Goals and to enhance cooperative federalism by fostering the involvement of State Governments of India in the economic policy-making process using a bottom-up approach.
Q3. Who is the Managing Director of International Monetary Fund?
(a) Christine Lagarde
(b) Sven Jurgenson
(c) Margaret Chan
(d) Juliette Méadel
(e) Barbara Pompili
S3. Ans.(a)
Sol. The International Monetary Fund (IMF) is an international organization headquartered in Washington, D.C., of "189 countries working to foster global monetary cooperation, secure financial stability, facilitate international trade, promote high employment and sustainable economic growth, and reduce poverty around the world." Christine Madeleine Odette Lagarde is a French lawyer and politician who has been the Managing Director (MD) of the International Monetary Fund (IMF) since 5 July 2011.
Q4. Madhya Pradesh Conferred Most Film Friendly Award. Which among the following national park is situated in Madhya Pradesh?
(a) Anshi National Park
(b) Balphakram National Park
(c) Bhitarkanika National Park
(d) Bandhavgarh National Park
(e) Bison National Park
S4. Ans.(d)
Sol. Bandhavgarh National Park is one of the popular national parks in India located in the Umaria district of Madhya Pradesh. Bandhavgarh was declared a national park in 1968, with an area of 105 km2. The buffer is spread over the forest divisions of Umaria and Katni and totals 820 km2. The park derives its name from the most prominent hillock of the area, which was said to be given by Hindu Lord Rama to his brother Lakshmana to keep a watch on Lanka. Hence the name Bandhavgarh
Q5. Jim Bridenstine will become the 13th administrator of the National Aeronautics and Space Administration (NASA). NASA was founded on ______________.
(a) 1959
(b) 1958
(c) 1957
(d) 1956
(e) 1960
S5. Ans.(b)
Sol. The National Aeronautics and Space Administration is an independent agency of the executive branch of the United States federal government responsible for the civilian space program, as well as aeronautics and aerospace research. President Dwight D. Eisenhower established NASA in 1958 with a distinctly civilian orientation encouraging peaceful applications in space science.
Q6. 'Son of Dreams' was unveiled as official Mascot of the FIBA Basketball World Cup 2019. Which county will be hosting 2019 basketball worldcup?
(a) Jamaica
(b) Australia
(c) US
(d) India
(e) China
S6. Ans.(e)
Sol. The 2019 FIBA Basketball World Cup will be the 18th tournament of the FIBA Basketball World Cup for men's national basketball teams. The tournament will be hosted in China and it will mark a new era for the competition as described. Rescheduled from 2018 to 2019, this edition will be the first FIBA Basketball World Cup since 1967 that will not occur in the same year as the FIFA World Cup, but a year following the latter.
Q7. Cheraw dance is the folk dance of which of the following state?
(a) Manipur
(b) Mizoram
(c) Meghalaya
(d) Assam
(e) Nagaland
S7. Ans.(b)
Sol. Cheraw dance is a ritual dance performed in Mizoram, India, consisting of four people holding two crossed pairs of bamboo staves. It is one of the most famous dances in Mizoram, and a center of attraction during festive occasions. Similar dances are found in the Far East and in the Philippines, where it is known as Tinikling.
Q8. UNIDO is the specialized agency of the United Nations that promotes industrial development for poverty reduction, inclusive globalization and environmental sustainability. Where is the headquarter of UNIDO?
(a) Paris, France
(b) New York, USA
(c) Vienna, Austria
(d) London, UK
(e) Tokyo, Japan
S8. Ans.(c)
Sol. On 17 November, 1966, the United Nations General Assembly passes resolution 2152 (XXI) establishing the United Nations Industrial Development Organization (UNIDO) as an autonomous body within the United Nations. Its mission is to promote and accelerate the industrialization of developing countries. The United Nations Secretary-General nominates Ibrahim Helmi Abdel-Rahman (Egypt) as UNIDO's first Executive Director.
Q9. Latvia is a country on the Baltic Sea between Lithuania and Estonia known for its strong national identity, diverse culture, modern cities and landscapes ranging from wide beaches to dense, sprawling forests. Capital city of Latvia is?
(a) Damascus
(b) Havana
(c) Bandar Seri Begawan
(d) Riga
(e) None of the above
S9. Ans.(d)
Sol. Riga is the capital and the largest city of Latvia. Riga is the largest city in the Baltic states and home to one third of Latvia's population. The city lies on the Gulf of Riga, at the mouth of the Daugava.
Q10. The Dudhwa National Park is a national park in the Terai of?
(a) Madhya Pradesh
(b) Uttar Pradesh
(c) Rajasthan
(d) Gujarat
(e) Karnataka
S10. Ans.(b)
Sol. The Dudhwa Tiger Reserve is a protected area in Uttar Pradesh that stretches mainly across the Lakhimpur Kheri and Bahraich districts and comprises the Dudhwa National Park, Kishanpur Wildlife Sanctuary and Katarniaghat Wildlife Sanctuary. It shares the north-eastern boundary with Nepal, which is defined to a large extent by the Mohana River.