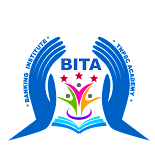 ·         Konark Corps of Indian Army has launched a 1971 kilometres cycling expedition in Gujarat and Rajasthan to commemorate the commencement of the Golden Jubilee Victory Celebrations of Indian Armed Forces in the Indo-Pak War of 1971 .

1971 Kilometers ‘Swarnim Vijay Varsh Cyclothon’ across Gujarat & Rajasthan has been joined by the relay teams of 20 participants each of the various Army Formations across the two states.