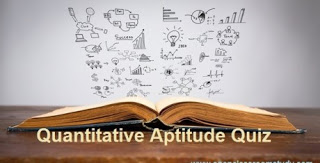 Q2. A cistern can be filled separately by two pipes P and Q in 45 minutes and 35 minutes respectively. A tap R at the bottom can empty the full cistern in 30 minutes. If the tap R is opened 7 minutes after the two pipes P and Q are opened then after what time from the opening of tap R the cistern becomes full?

Q7. Two pipes A and B can fill up a half full tank in 1.2 hours. The tank was initially empty. Pipe B was kept open for half the time required by pipe A to fill the tank by itself. Then, pipe A was kept open for as much time as was required by pipe B to fill up 1/3 of the tank by itself. It was then found that the tank was 5/6 full. The least time in which any of the pipes can fill the tank fully is
(a) 4.8 hours
(b) 4 hours
(c) 3.6 hours
(d) 6 hours
(e) None of these

Q8. A tank of capacity 25 litres has an inlet and an outlet tap. If both are opened simultaneously, the tank is filled in 5 minutes. But if the outlet flow rate is doubled and both taps opened the tank never gets filled up. Which of the following can be outlet flow rate in litres/min?
(a) 2
(b) 6
(c) 4
(d) 3
(e) None of these

Q9. Tap A can fill a tank in 20 hours, B in 25 hours but tap C can empty a full tank in 30 hours. Starting with A, followed by B and C each tap opens alternatively for one hour period till the tank gets filled up completely. In how many hour the tank will be filled up completely?

Q10. Two pipes A and B can fill a cistern in 15 hours and 10 hours respectively. A tap C can empty the full cistern in 30 hours. All the three taps were open for 2 hours, when it was remembered that the emptying tap had been left open. It was then closed. How many hours more would it take for the cistern to be filled? (relative to the case where the emptying tap was closed before opening the filling pipes A and B)
(a) 30 min.
(b) 1.2 hours
(c) 24 min.
(d) 35 min.
(e) None of these